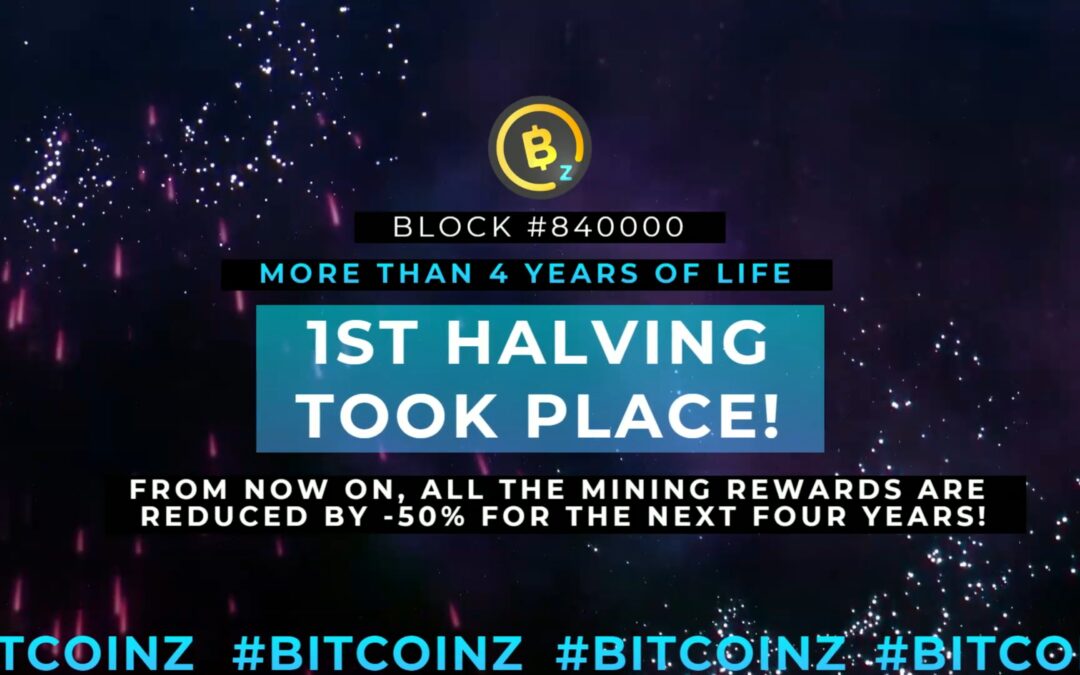 Happy #Halloween everyone and congratulations for the first BITCOINZ Halving!

The blockchain has reached the Block 8400000 today on 31-Oct-21 and it is on Halloween and on the date when the white paper of the classic Bitcoin had been released!

What a crazy coincidence!

Because actually the exact date for a certain block of a Proof of Work network cannot be predicted with high accuracy. Since the block times for each block is just an average. This is why many members had been asking about the countdown changes.

Our Countdown estimated the remaining time according to the remaining blocks until the height of 840000 but the average time is not always the actual one.

So this date was really an amazing concidence! 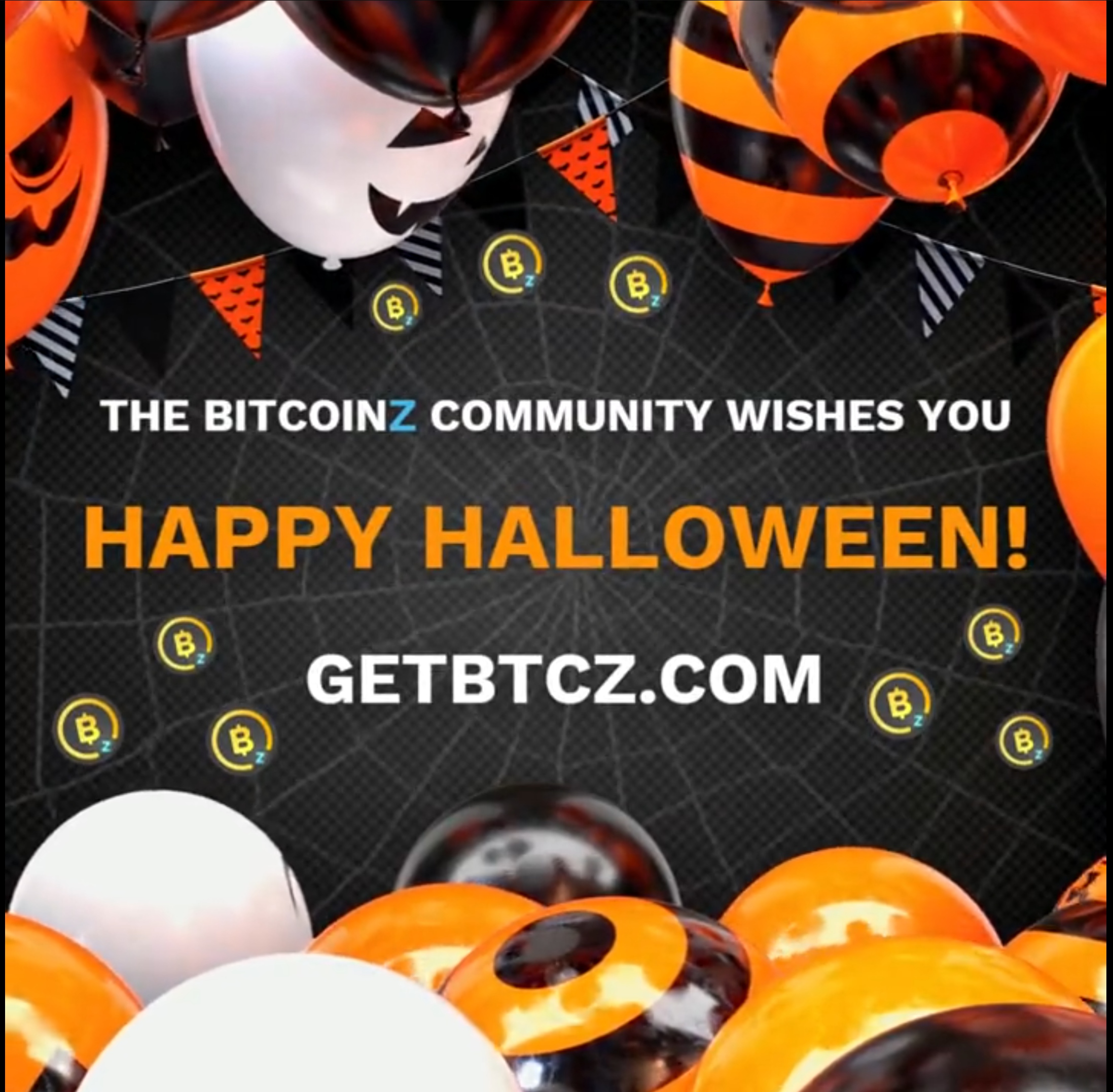 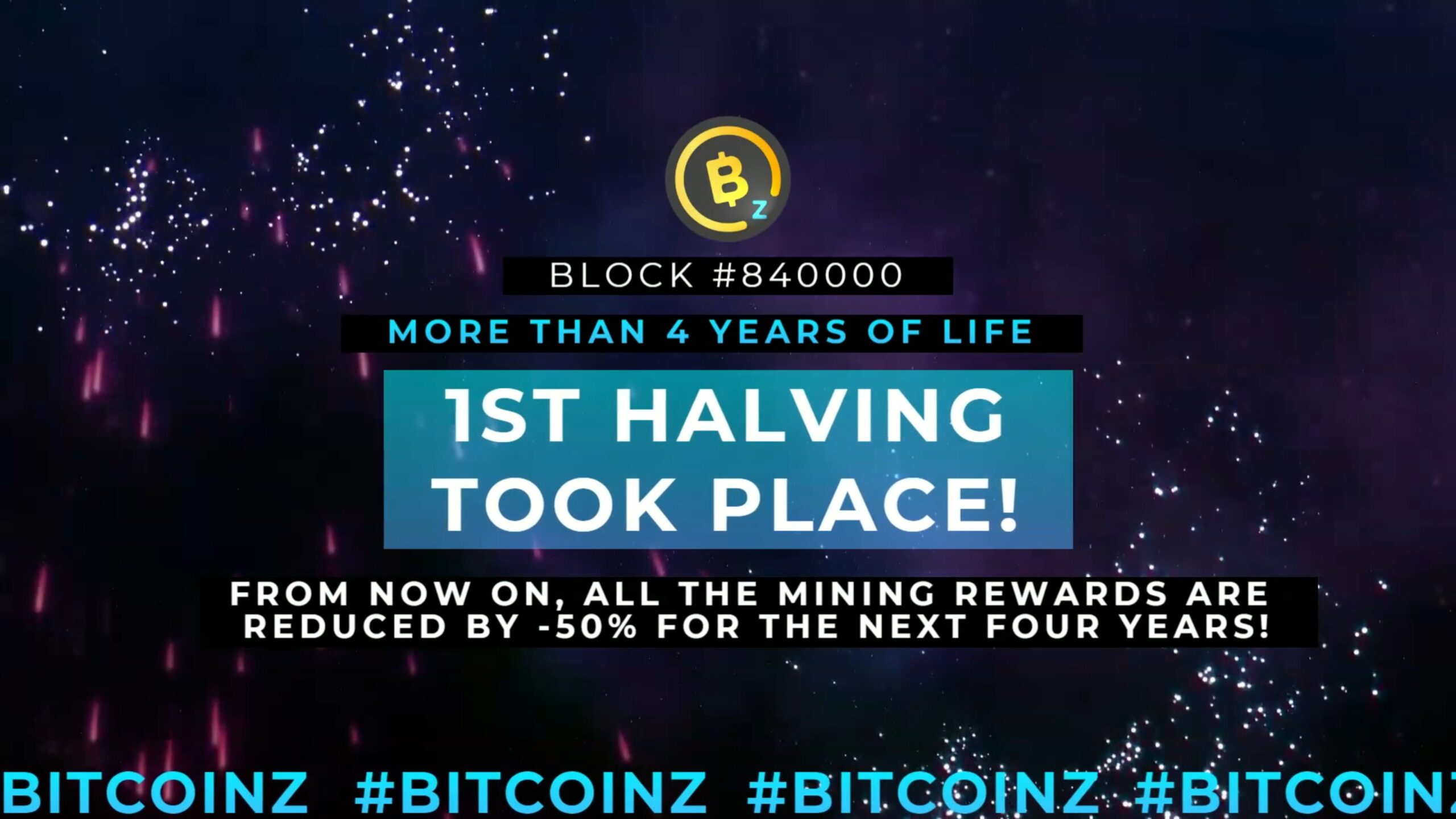 Ok, so what is halving?

Many times, cryptocurrency fans and newcomers hear the phrase “halving plan” or just “halving”. We are using this word in order to describe the changes fo the rewards of a minable digital coin ( emission). These changes are included in a set of rules that every Project should always describe publicly in its its announcement for the coin (white paper/ bitcointalk forum)

For BITCOINZ, in simple words, the block rewards will be reduced -50% , from 12500 BTCZ coins to 6250 BTCZ coins for each block, for the next 4 years. Then the 2nd halving will take place with another -50% rewards reduction and so on. This is exactly the same model that the classic BITCOIN used for its emission rates as well. 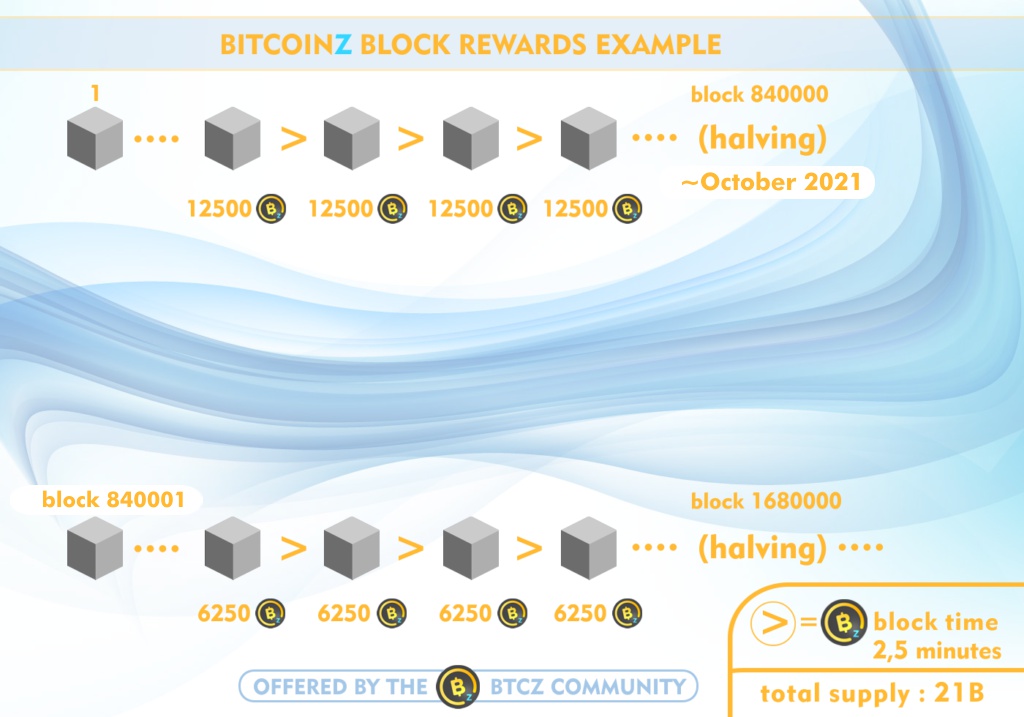 What is the “emission rate” ?

The emission rate is the programmed number of coins which the Project is distributing for every block as reward to the miners. This way, the programmed emissions are defining the circulating supply of the digital coins in the market, the inflation rate and their maximum supply.

Each PoW (proof of work) cryptocurrency project has different rules for the changes in their mining rewards through time.

But what is the meaning of a halving for the emissions rate?  This usually happens as a hedge against inflation over time. As the price, guided by price equilibrium, is bound to increase. On the flip side, fiat currencies (like the US dollar), inflate over time as its monetary supply increases, leading in reality to a decrease in purchasing power. This is known as monetary debasement by inflation and an example for this can be seen by just comparing the housing prices before some decades and today.

So halving is good for the price of an asset ?

It is very important to understand the role of a well balanced halving plan for the block rewards of a digital coin. A digital coin with no halving plan would face inflation issues because the coin supply in the market would be endless. On the other hand a digital coin with ultra fast halvings in a few months is usually a speculative trick that has been made extremely popular among the various cryptocurrency scams. 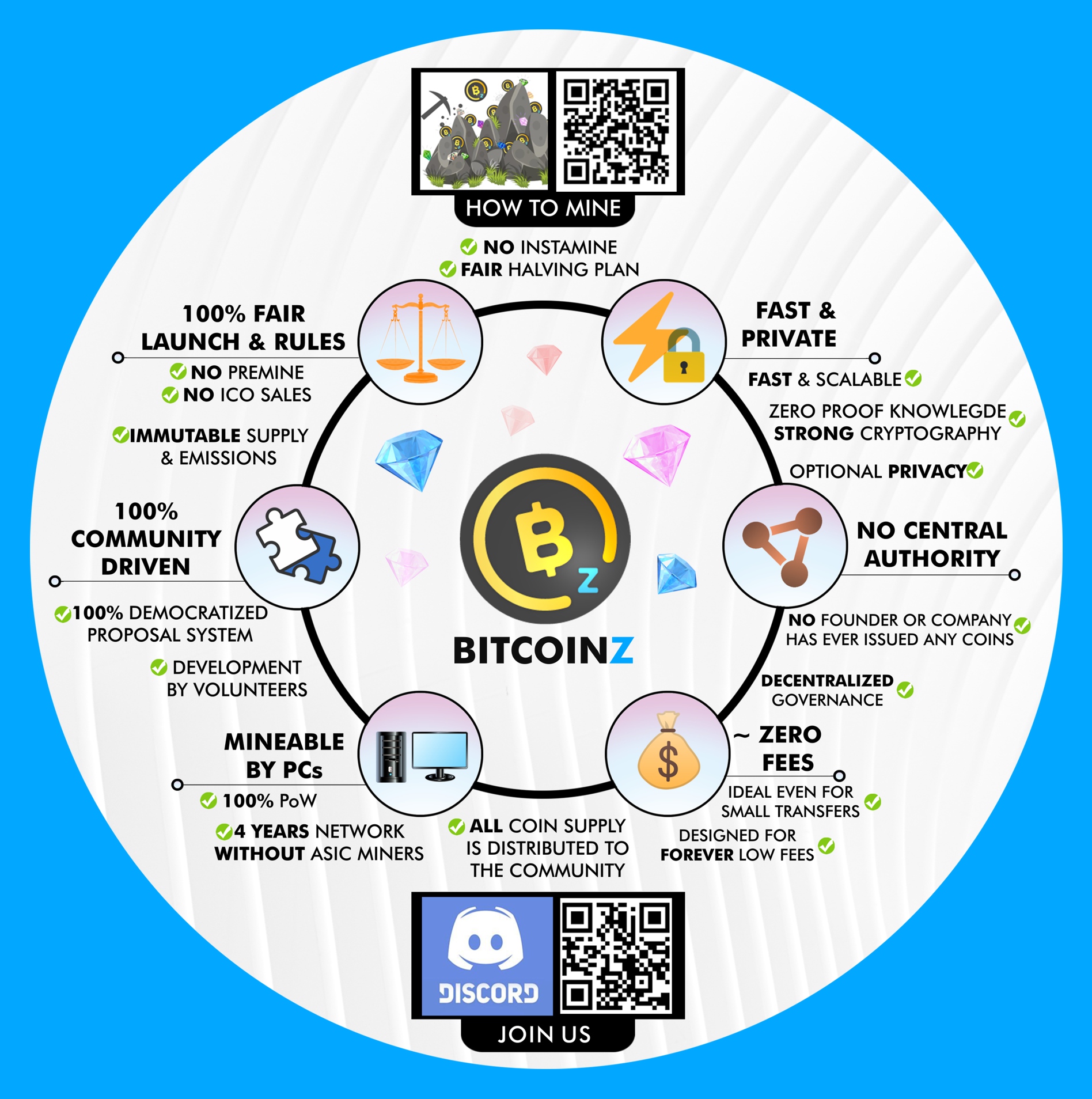 In the case of BITCOINZ, the halvings are slow every 4 years, exactly like BTC and LTC. They are fair because they let a long time window for each phase, for more people to join the project and be part of a pure cryptocurrency network.

Actually, BITCOINZ is even more fair since it lets for more than 4 years everyone to mine it with a simple PC, something that ASICs made impossible for networks like BTC and LTC, with the elites owning ASICs dominating their networks and monopolizing these coins’ supply.

Additionally, BITCOINZ was founded on 2017 when many more people knew about Cryptocurrencies, so there is no founder mining all alone for months,  like in the case of BITCOIN, and owning a huge part of its supply. The project went public with many people being ready and able to mine it  from the very first second.

However BITCOINZ followed every good element of the original cryptocurrency idea that the classic BITCOIN introduced. A slow, fair halving every 4 years is among them!

So the halving, besides its property acting as a hedge against inflation, is a huge milestone for the trustworthiness. Because the BITCOINZ Community proves for one more time that fulfills the Project’s foundation rules and fundamentals for a very long time. By the way, this is not something “common” in the cryptocurrency world. Most projects act as Central Authorities, changing arbitrarily rules and manipulating their supplies with tricks like coin burns or issuing extra coins, disgracing this way the cryptocurrency idea.