What is a “fair halving plan” in crypto mining. 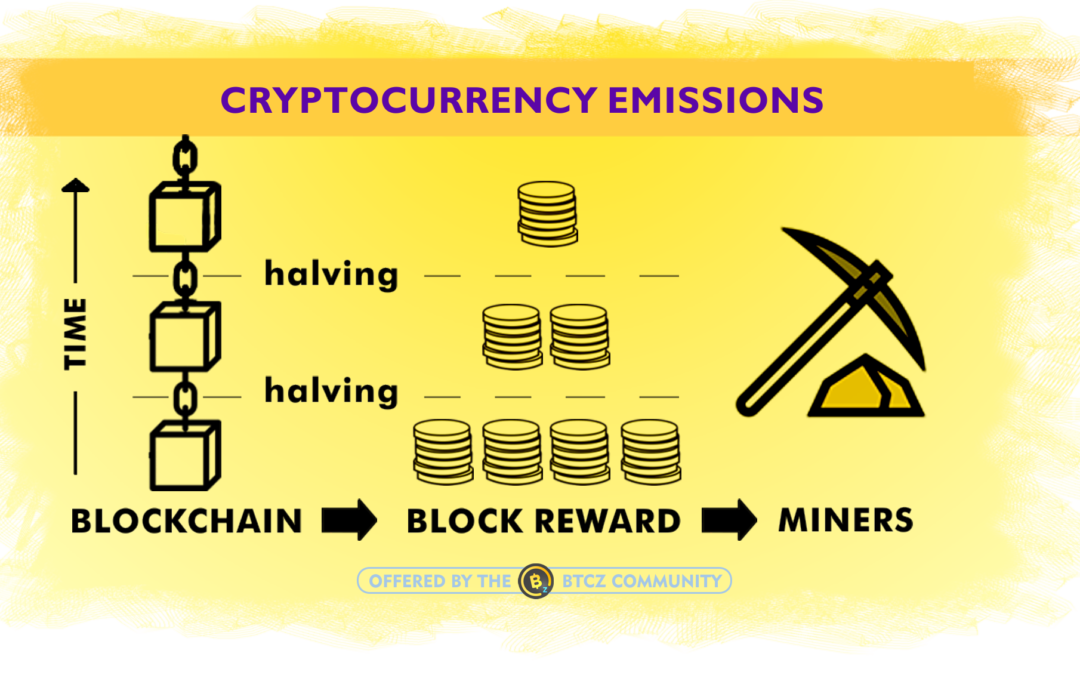 Many times, both cryptocurrency fans and newcomers are hearing the phrase “halving plan”. We are using this phrase in order to describe the emission changes for a minable digital coin. These changes are included in a set of rules that every Project is usually describing in its “white paper”.

What is the “emission rate” ?

The emission rate is the programmed number of coins which the Project is distributing for every block as reward to the miners. This way, the programmed emissions are defining the circulating supply of the digital coins in the market, the inflation rate and their maximum supply.

Each PoW (proof of work) cryptocurrency project has different rules for the changes in their mining rewards through time.

But what is the meaning of a halving for the emissions rate?  This is usually happens as a hedge against inflation over time. As the price, guided by price equilibrium, is bound to increase. On the flip side, fiat currencies (like the US dollar), inflate over time as its monetary supply increases, leading in reality to a decrease in purchasing power. This is known as monetary debasement by inflation and an example for this can be seen by just comparing the housing prices before some decades and today. 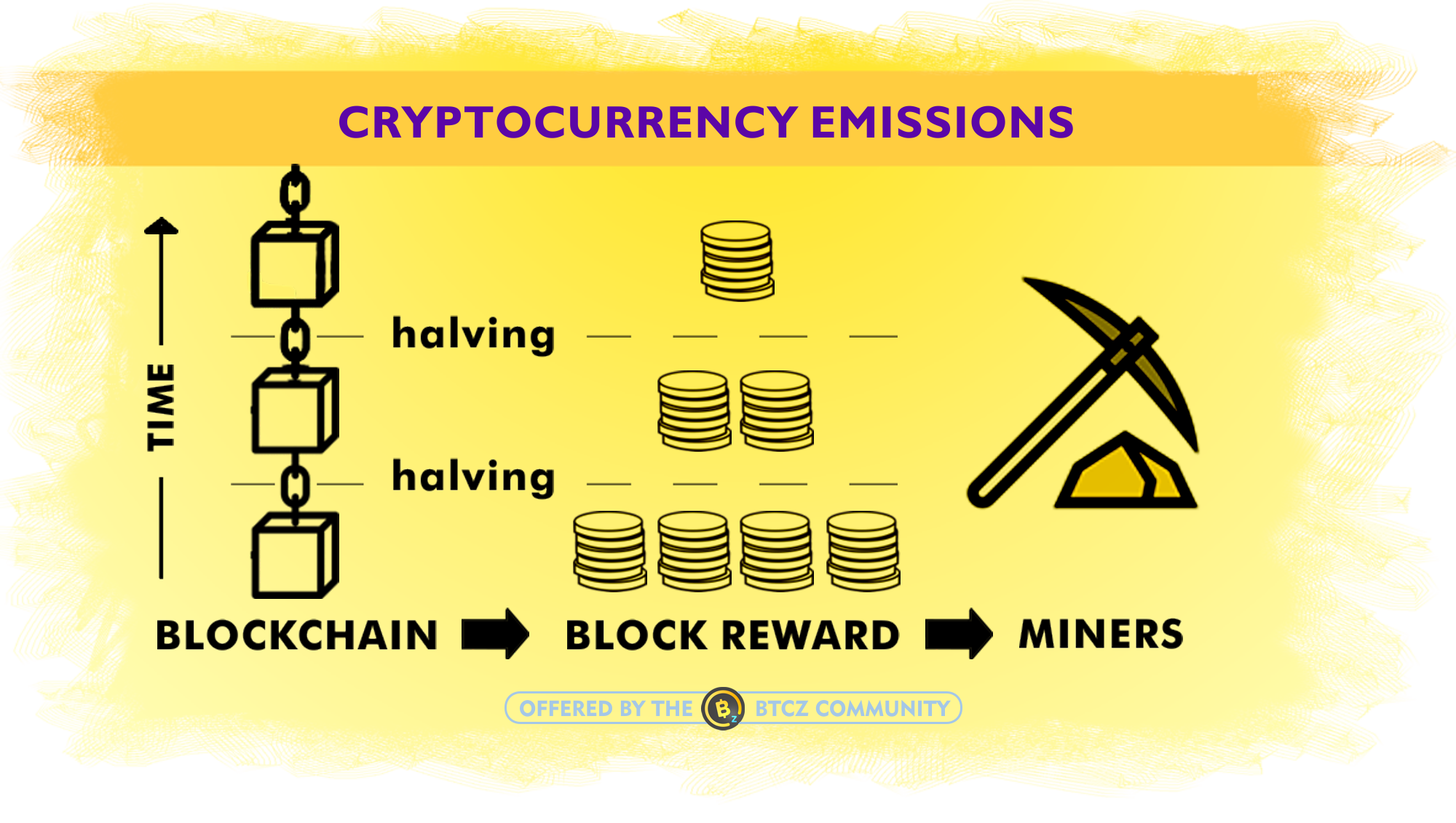 Unfortunately, the fashion with the recent “boom” of cryptocurrency-scams mainly includes very fast halvings in the mining rewards plan for the most new cryptocurrencies. Fast halvings on the initial usually huge rewards for the …few lucky who join the new project after its launch.

Some projects have even proceeded to halvings every a few days (!) after their launch. By doing so, they create a distortion in the distribution of the coins to the people who participate in their network. A popular example is the SIN coin (ex SUQA & today Sinovate) coin. SINOVATE during the first 80 days after its launch, distributed more coins than the coins that distributed the next 400 days…

There are even more extreme examples, like the ECA (Electra coin) which distributed a huge percentage of their total supply in just 24h! This took place in their try to create a “gold rush” as a marketing trick in order to make some extra noise for their project.

Many projects after such an asymmetrical coin distribution, are even turning to a “PoS-only” phase in order to share their remaining coin supply to people who are already stakers / holders of the coin….aka to the first people who joined after the launch and have the lion’s share in the circulating supply! This is a another trick in order to prevent a massive immediate sell-off at the same time by the few people who received the huge rewards during a so small time frame. 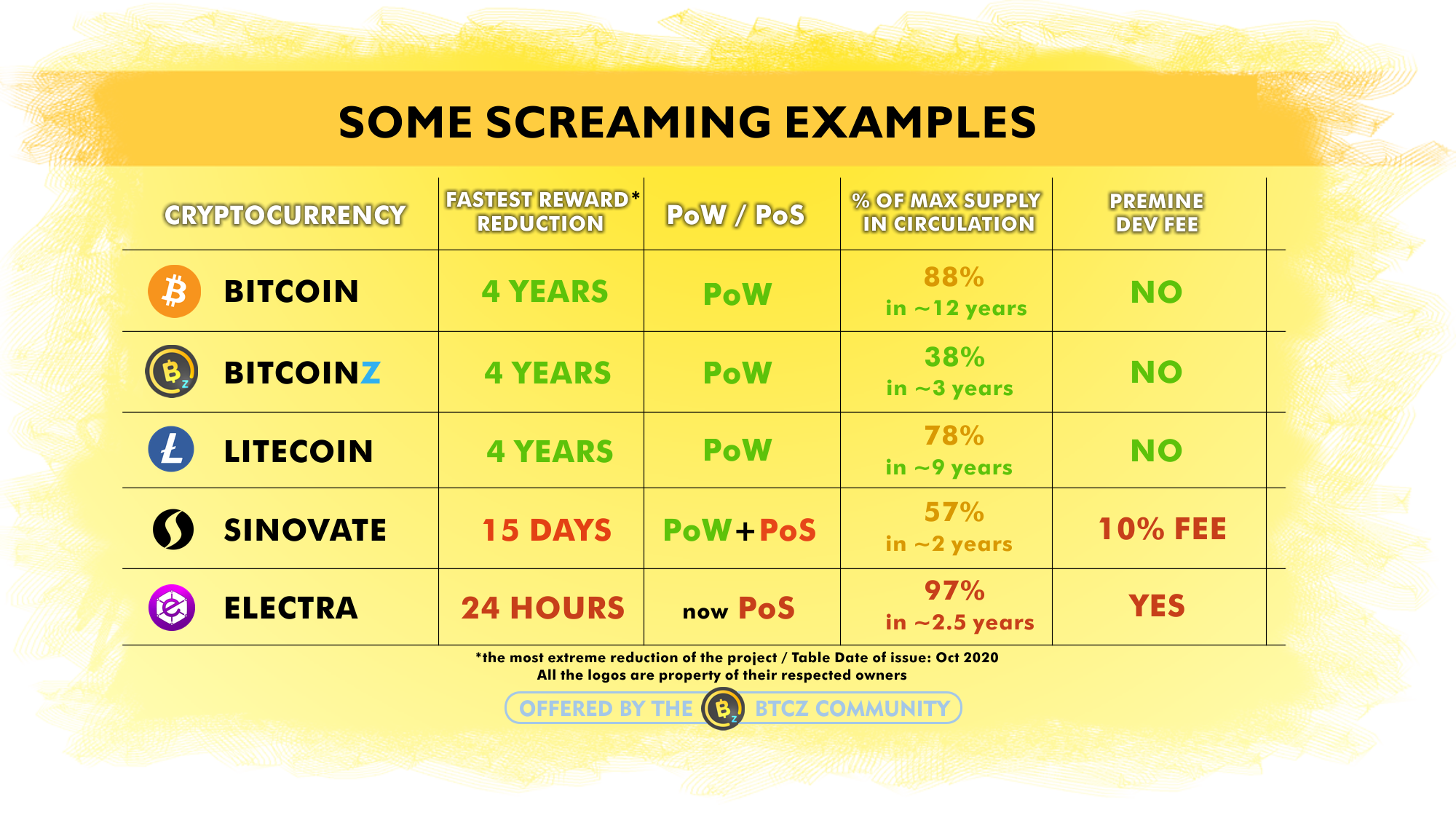 The true intentions behind fast halvings

Of course someone doesn’t need to be an expert in order to understand that such tactics are designed just for speculation. This fast halving plan approach is implemented only in projects that have nothing common with the original cryptocurrency idea.

The blockchain technology of the original Bitcoin is one of the greatest modern inventions (maybe the greatest after the internet). It has achieved to offer an alternative transaction system without the need of validation by any trusted third party. For example without a third party like a bank or other financial institutions.

A pure cryptocurrency is supposed to fight for the continuation of the Bitcoin’s legacy, by trying to fix any possible shortcomings of the original Bitcoin. For example adding extra features like privacy, increasing the transaction’s speed, lowering the fees and importantly, widening the cryptocurrency reach to the people! This can be achieved by fairly distributing the mining rewards to the most people possible with decentralized mining and slow mining rewards halvings. Consequently, more people can join the project over time. More people will be able to learn about what is a fair cryptocurrency, by participating in its network. 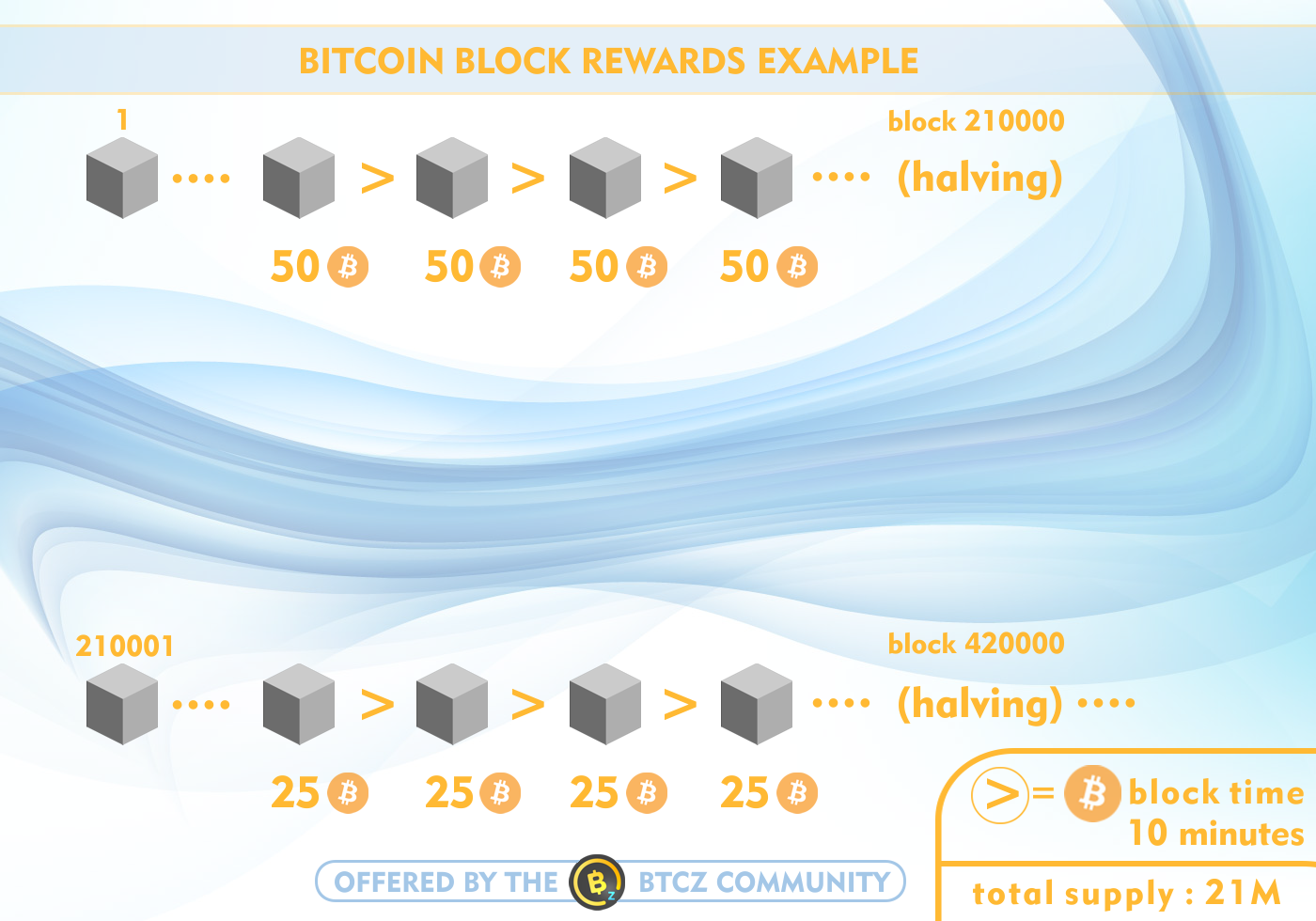 It is more than obvious that the fast halving plan approach, not only is not compatible with the aforementioned, but it is totally against it! Because in reality it is not even *just a different approach* . It is a tactic which is connected with scam projects. Projects which usually target only to make rich their founders who will then jump to their next scam, just to do the very same thing with different name.

People who are interested in the pure cryptocurrency idea should be extremely careful with important parameters. By choosing an established,  100% Community Driven Project, with no premine, no ICO sales, no dev/founders taxes and with a fair, slow mining rewards halving plan,  they can be almost sure that the project is a real one and they will definetely not face a “scam exit” after a speculation game.