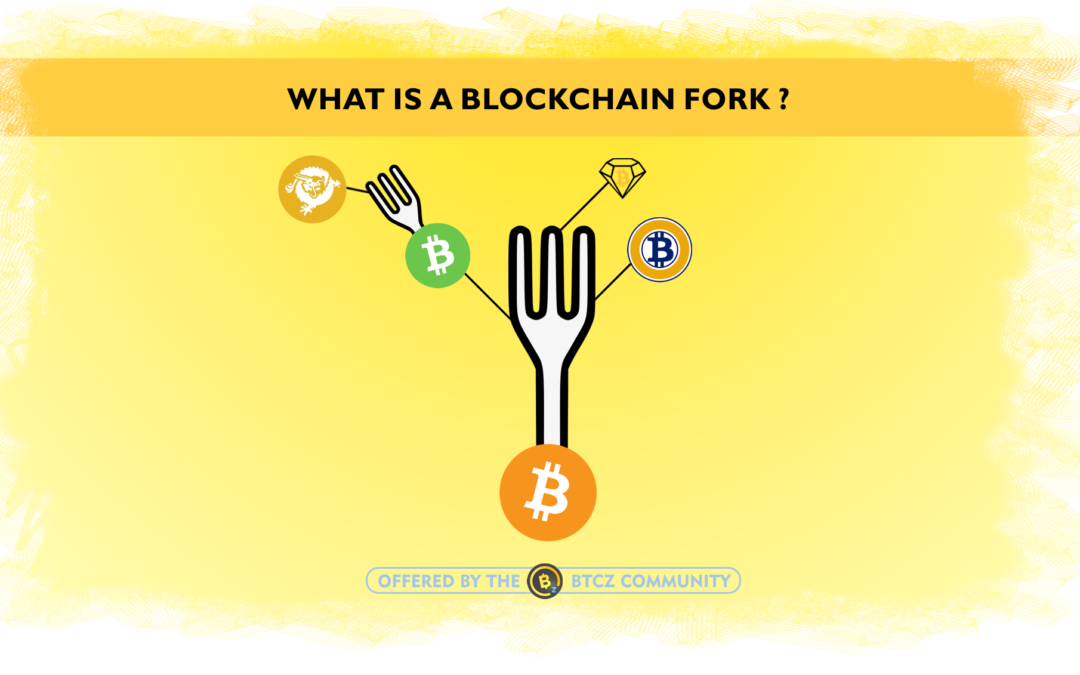 A cryptocurrency fork is a critical update to a network’s protocol  that makes existing rules either valid or invalid.  Sometimes this procedure may result in “independent” and new versions of a cryptocurrency.

Usually with the “Fork” definition we mean a hard fork.

In simple words, you can imagine that a hard fork occurs at a point where software is copied and modified. The original project continues its life independently from the new one which takes a different direction. However the new project has the same history.

What is a soft fork?

A soft fork occurs when old network nodes is not required to follow a new rule that is followed by the newly upgraded nodes. This might result with the old nodes accepting data that appear invalid to the new nodes, or become out of sync without the user noticing.

An example of a soft fork: A new rule that changes the block size limit from 1024kb to 512kb. Even though a 1024kb block was previously considered valid, full nodes that update to support this soft fork will reject any blocks larger than 512kB after the soft fork activates.

What is a hard fork?

We have a hard fork when a blockchain network implements a new software update that is  incompatible with the existing blockchain protocol.  A hard fork requires all nodes or users to upgrade to the latest version of the protocol software. So this causes a permanent split into two separate networks that run in parallel.

Because after the implementation of the networks’ new conflicting rules we have two groups :

In any case, the miners are forced to choose between either updating to the new version and its rules, or continuing on an obsolete version.

Unlike soft forks, which are essentially backwards-compatible updates, hard forks establish a permanent change in a blockchain protocol’s rules, with each version propagating their own transactions and blocks.

The procedure where a hard fork is intentionally made by a developers team, in order to create a new project, is called blockchain fork. In this case, the new project actually copies the blockchain of an already existing one and makes an update that is effective after a pre-specified block height.

How and why hard forks are initiated?

Forks may be initiated by developers or a members group of a crypto community who grow dissatisfied with the offered functionalities by existing blockchain implementations.

They may also emerge as a way to crowdsource funding for new technology projects that decide to use an existing popular blockchain in order to gain free exposure with forkdrops.

What is a “forkdrop” and how we ended up with so many blockchain forks ?

A Forkdrop is a distribution of “free coins” that takes place after a blockchain fork. The new project’s blockchain is a copy of an already existing, and usually popular one, which we call original.

Unfortunately, the most times in the Cryptocurrency world we had an extensive abuse of the blockchain forking tactic. We ended up with many different blockchain forks that have been made without any serious reason. Mostly just for speculation and creating meaningless assets out of nothing.

Some examples : The projects using the “Bitcoin” name

The most well-known cases of blockchain forks are the ones of the legendary Blockchain.

Unfortunately, in the Cryptocurrency world the most blockchain forks are taking place just for free exposure. Since a blockchain fork can bring profits for specific elites that know from before when the procedure is going to be announced and applied. So they can fulfill the requirements in order to claim the forkdrops or even to technically pump the price of a required asset (like BTCP did with the ZCL requirement before its launch).

BitcoinZ is the older and the only popular project that is not a blockchain fork.

This means that BitcoinZ  never forkdropped free coins to Bitcoin holders, making rich people even richer like all of the aforementioned projects did. Some of them even without adding anything really different to what Bitcoin already was offering.

BitcoinZ launched a unique blockchain with its own genesis block. It had the most fair launch ever with no premine, no ICO sales or instamine period and it followed the Community driven character and the 100% PoW model with the slow deflationary mining reward halvings every 4 years. Exactly like Bitcoin did.

This is why it used the “Bitcoin” name , since it respected the fundamentals of the legendary cryptocurrency, adding many much needed characteristics though:

– Scalability and higher speed with much faster block times than BTC

– ASIC resistant algorithms in order to protect the PC miners from the elites that own expensive ASIC miners. Maximizing this way the Decentralization to its network and the coin distribution to the Community. Everyone who has a Personal Computer with a basic GPU is able to mine BitcoinZ with a meaningful mining reward.

What is a code fork ? What is the difference with a blockchain fork?

The definition “code fork” is used mostly to describe a Project that used the same open source core code with an already existing Project.

In the world of cryptocurrencies, almost all the Projects like  for example the well known Dash, Litecoin and ZCash are code forks of the Bitcoin. This means that their developers used a certain version of the core code of the Bitcoin in order to develop a different cryptocurrency under new rules.

A core code fork is a different thing from the blockchain fork because these projects didn’t copy the Bitcoin’s blockchain. They have a unique blockchain with their own genesis block.