What is mining and mining algorithm? 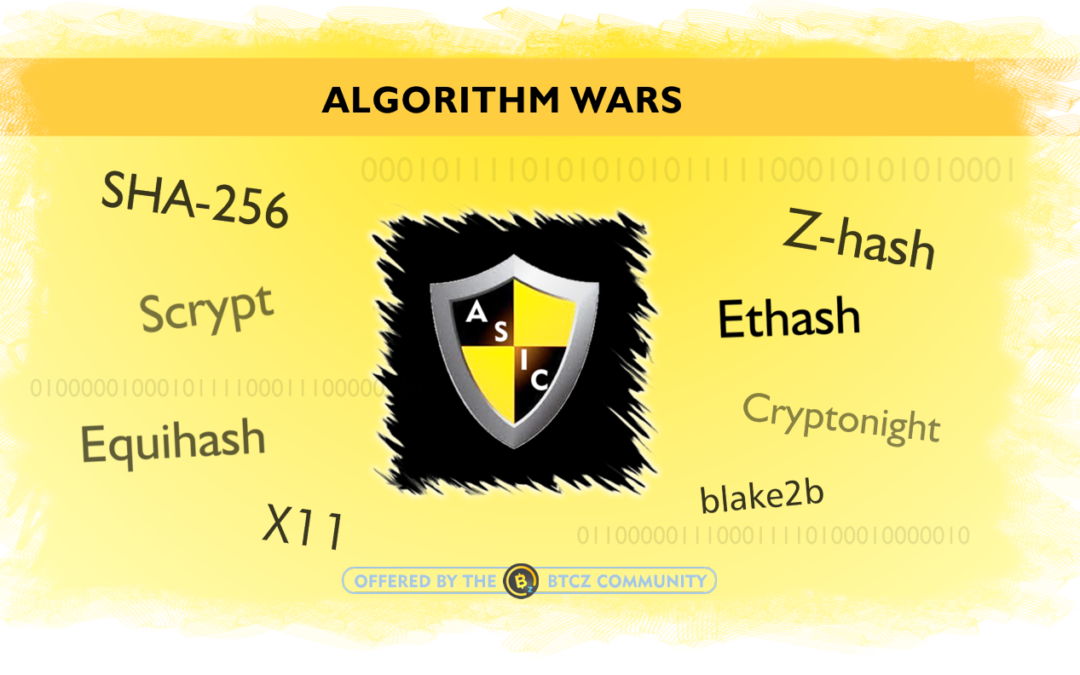 In the Cryptocurrency world, the block reward (or mining reward) is the number of coins that are given as reward to those who found the next block, by solving a mathematical puzzle.

The whole procedure of finding the next block in a cryptocurrency blockchain, is called mining and those who contribute in this procedure with their hardware, are called miners. 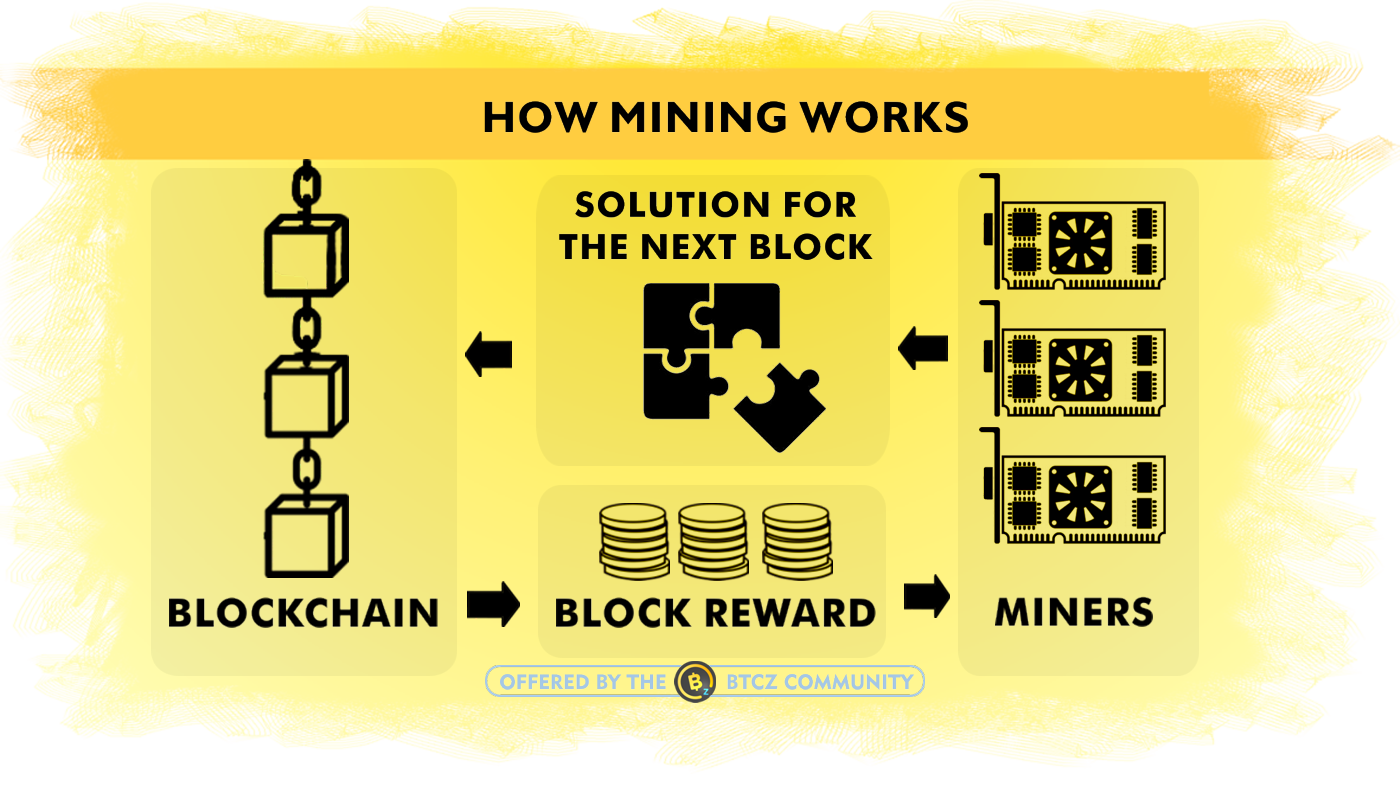 Which is the Bitcoin’s mining algorithm?

Bitcoin‘s algorith is the SHA-256 hash algorithm which takes input blocks of 512 bits (64 byte) , combines the data cryptographically, and generates a 256-bit (32 byte) output. The SHA-256 algorithm consists of a relatively simple round repeated 64 times.

This had as a result to end up with many ASIC devices that could easily outperform the performance of the ordinary PCs. The necessity of new mining algorithms was bigger than ever: Algos that it would be more difficult for the ASIC / FPGA devices to “solve their puzzles” with higher memory requirements.

So many different algorithms were used for cryptocurrency mining. A few popular examples are scrypt, ethash, cryptonight, X11 and Equihash.  GPUs were the most effective devices for the most of them but some algos require a CPU for meaningful performance.

In any case, even ASIC-Resistant algos like Equihash were again victims of the ASIC manufacturers after some months. This happened  because new advanced ASIC models could solve the associated mathematical puzzles. 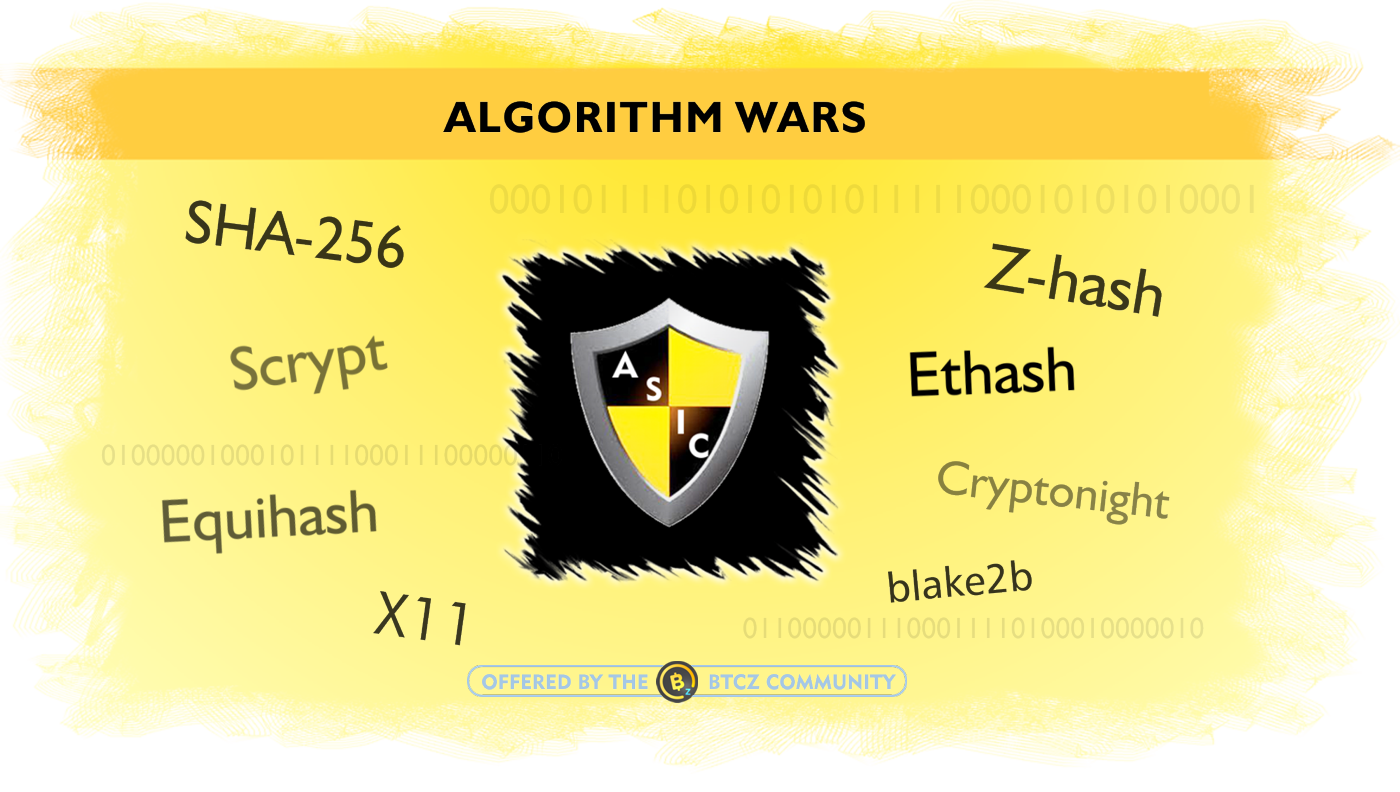 In order to face this endless ASIC vs algorithm war, many projects chose to upgrade their blockchain (fork) by changing the mining algorithm to a new ASIC resistant variant. For example BitcoinZ pioneered in developing ZHash, an Equihash algorithm variant that would protect the mining Community from the ASICs.

Digibyte took a different approach by implementing 5 different algos at the same time, letting giving ground to different mining devices. Other Projects like ZCash didn’t make changes to their algos, letting their network to be a monopoly of the ASIC owners.