What is the BitcoinZ “Dynamic Roadmap”?

BitcoinZ is the first Cryptocurrency Project that presented and adopted a totally Community oriented Roadmap on August 2019.

Why it is called “Dynamic” Roadmap ?

This is what we called “Dynamic Roadmap” because it is not a static plan that a specific team has designed and presented. It is an ever evolving Roadmap, highly controlled by the members of the BTCZ Community.

1) Before its presentation , there was a “brain drain” procedure where the Z team core developers and the btcz.app team gathered and evaluated the best ideas. These ideas are the ones that the members of the Community would like to see as part of the Project in the future.

2) The Dynamic Roadmap is including plans that are needed for the future  scalability and improvement of the BTCZ Project. Additionally, the Roadmap is containing many other subproject ideas, both medium and long term, that can be achieved as extras, contributing this way to the faster expansion of the BTCZ ecosystem. The Community members decide for the priority of each part of the Roadmap with a voting procedure. So other ideas can be postoponed while others can be accelerated based on the development power and the Community funds raised on the VaultZ.

3) With the proposal system of the BTCZ Community, new ideas and subprojects can be added in the BTCZ Dynamic Roadmap, as new members or developer groups are interested to join and help with the expansion of their favourite digital coin’s ecosystem.

The key difference between the BitcoinZ’s Dynamic Roadmap with the common Roadmaps is the true Community nature of the BTCZ Project. BitcoinZ by being a totally open and decentralized Project, it acquired this kind of Community oriented Roadmap with the moto “You have the power”.

The Roadmap has even foreseen the release of e-meetings series with the code name “Z Brain” which are already a part of the Project now.

ZBrain acts as a Community feedback for the development of the BTCZ ecosystem and the the general progress of its Dynamic Roadmap. In these e-meetings the community members discuss the recent advancements and the measures that need to be taken in order to address any possible shortcoming. A type of announcement, containing a brief description of the topics of discussion is always available after the Z Brain events.

ZBrain meetings take place 4 times per year in fixed dates that are announced in the BitcoinZ Discord Channel and forum. Everyone is free to join the meeting in Youtube or Zoom! 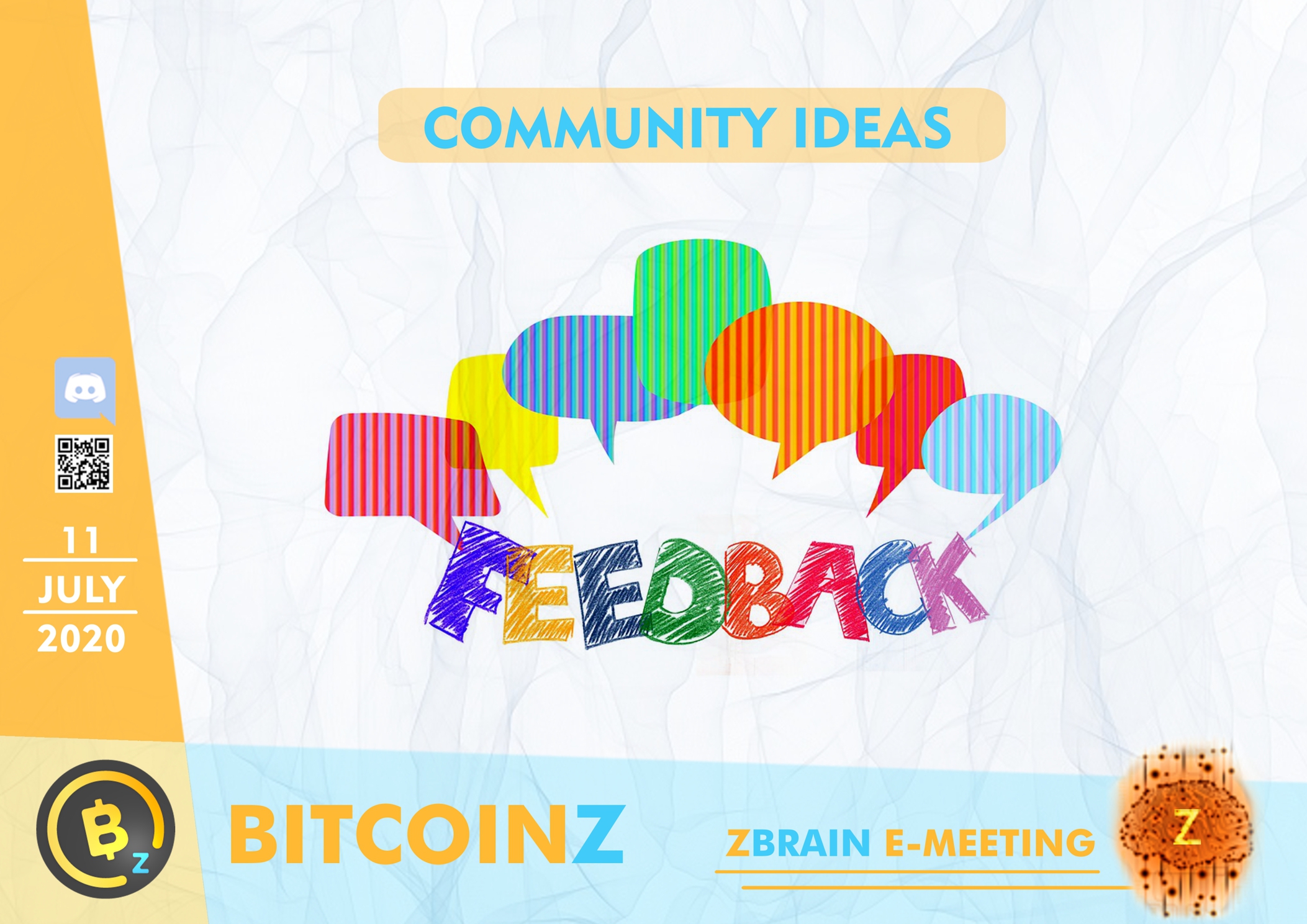 You can watch the Youtube premiere of the clip that the BTCZ Community made for the BTCZ Dynamic Roadmap presentation and the Community Discussion that followed, by pressing on the relevant keywords.