Privacy coin is defined as a cryptocurrency that allows private transactions hiding data about its users . Such data are the amount of cryptocurrency traded and held in wallets.

Bitcoin and many popular cryptocurrencies are not true privacy coins. Bitcoin users are identified by their public address and computer programs exist which can, in time, even link those addresses to actual identities. All bitcoin transactions and wallets are also publicly visible data.

However there are some cryptocurrencies that offer privacy, with ZCash, Monero and Dash being among the first and most popular. 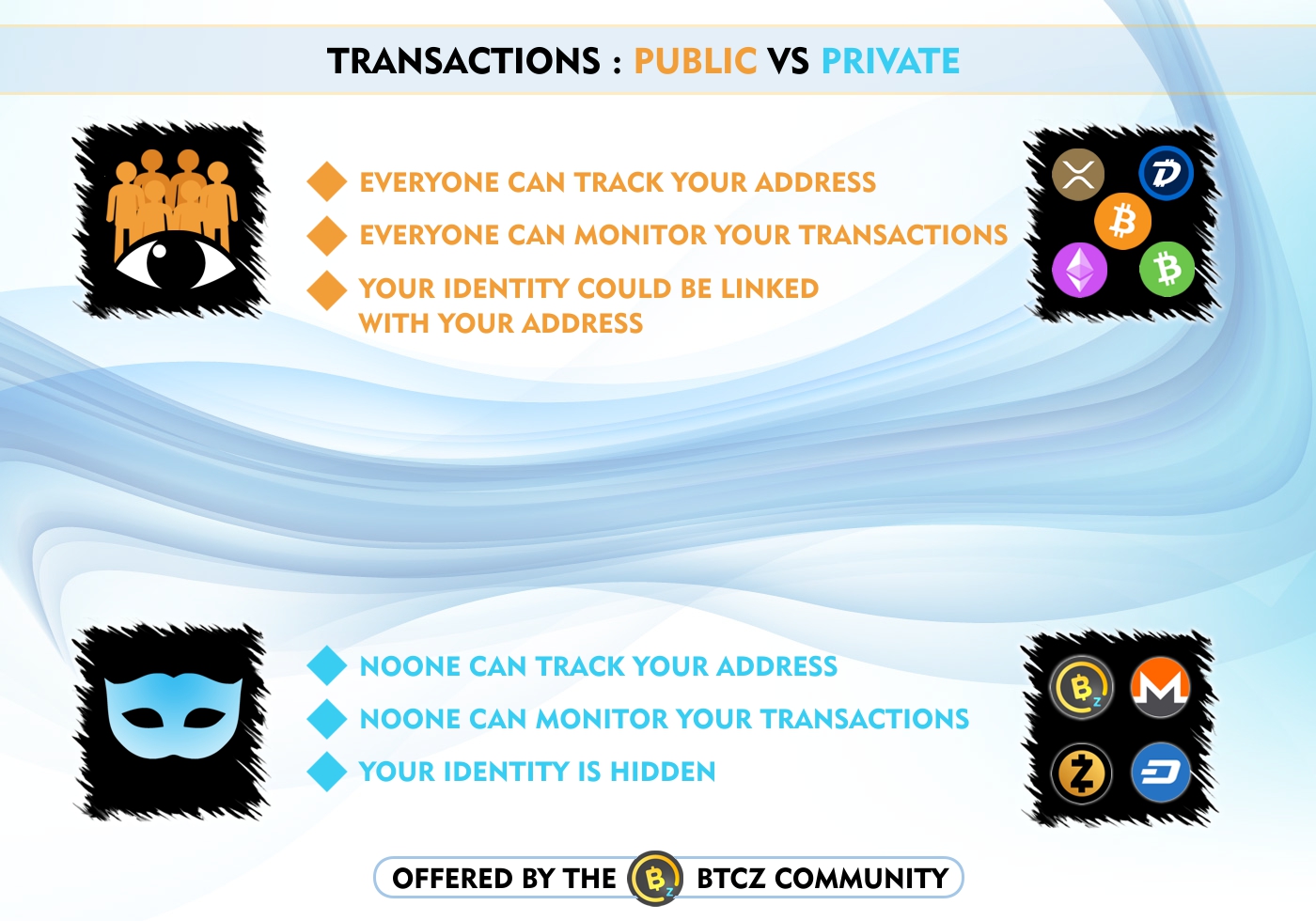 BitcoinZ is a digital coin that offers optional privacy by utilizing Zk-SNARKS which is ZCash’s cryptographic technology. In fact this is why obviously the coin was named Bitcoin with the “Z” added in its name. The user can choose the type of address, with T (transparent) or Z (ZK-snarks cryptographed private) addresses.

The acronym zk-SNARK stands for “Zero-Knowledge Succinct Non-Interactive Argument of Knowledge,”. It refers to a complex proof mechanism where one can prove possession of certain information, for example a secret key, without requiring to reveal that information, and without any interaction between the prover and verifier.

In a zero-knowledge “Proof of Knowledge” the prover can convince the verifier not only that the number exists, but that they in fact know such a number – again, without revealing any information about the number.

The fact that the BitcoinZ currency is combining the fundamental characteristics of the original bitcoin (Community character with no third party controlling it, No premine, No ICO taxes, No DEV taxes) and adds the privacy option (and many other characteristics like faster tx speed with reduced block time), is making it really unique.